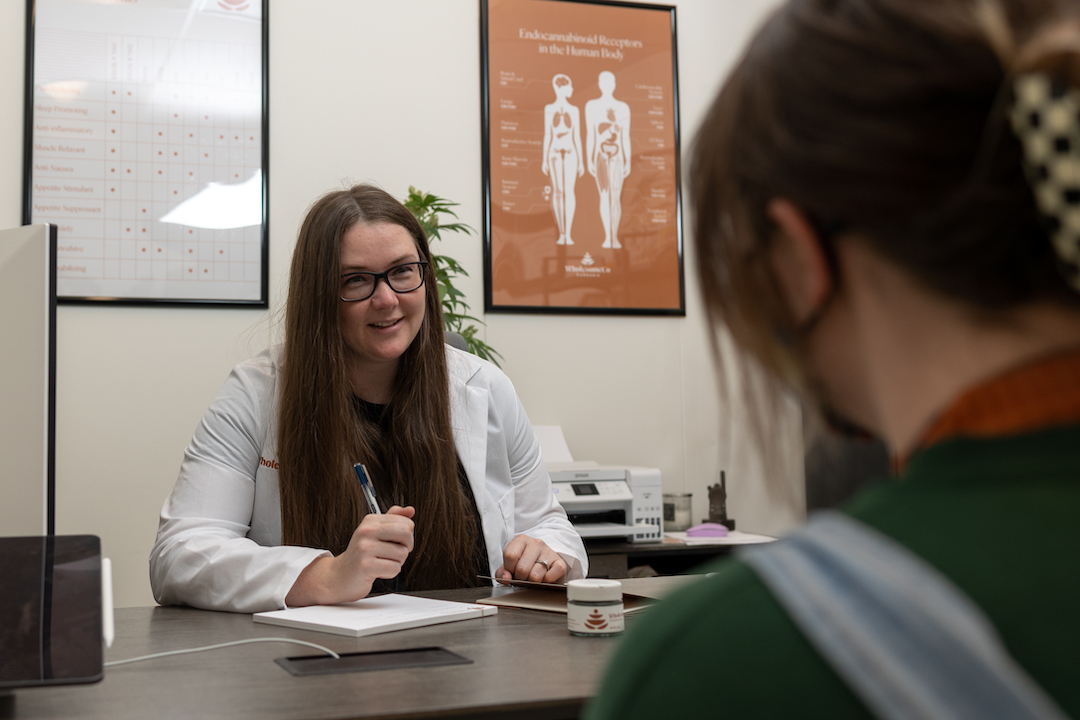 What exactly is the endocannabinoid system?

Odds are, you have probably already heard a thing or two about the “endocannabinoid system.” But do you know what it is exactly and why it is important? Here is a basic primer to help you be “in the know” about this amazing system in your body. Educating yourself about it is key and will help you to be a savvy medical cannabis consumer.

We all have an endocannabinoid system

And it isn’t just humans who have an endocannabinoid system! In fact, scientists have discovered that all members of the animal kingdom have one.

“Taxonomic investigation has revealed that the endocannabinoid system is incredibly old, having evolved over 500 million years ago. Moreover, it is present in all vertebrates—mammals, birds, reptiles, amphibians, fish, etc., all produce endocannabinoids,” writes the researchers of a 2006 report published in the journal Gene. (2)

How the endocannabinoid system helps the brain and body

According to University of Indiana investigators, “(t)he endocannabinoid system (ECS) is a widespread neuromodulatory system that plays important roles in central nervous system (CNS) development, synaptic plasticity, and the response to endogenous and environmental insults.”

Synaptic plasticity is the ability of the brain to adapt to new information. (3) In our fast-paced, toxin-ridden world, a strong endocannabinoid system is needed now more than ever!

The profound way endocannabinoids and cannabinoids affect the nervous system and the brain initially led scientists to assume that cannabinoid receptors were located only in these areas. Now we know, however, that there are receptor sites for cannabinoids in just about every organ system, including within the immune system, in the gut, along the routes of the respiratory system, within the liver and pancreas, in fat cells, in muscle tissue, in the skin and even in the eyes.

Who discovered the endocannabinoid system?

Dr. Ralph Mechoulam is a well-known cannabinoid researcher and professor with the department of medicinal chemistry at Hebrew University in Jerusalem. In the 1980’s and 1990’s, Mechoulam and his team began to look at how THC binds to cannabinoid receptor sites in the body. (4)

He discovered a whole network which supports this THC-binding that eventually became known as the endocannabinoid system. He also discovered how certain endocannabinoids, such as Anandamide, operate in the body and the way in which key enzymes play an important part as well in the breaking down of cannabinoids within the whole system. (5)

The endocannabinoid system helps to mitigate the havoc that external stressors can cause, but it can also be affected by a toxic build-up, a stressful lifestyle, and other epigenetic factors. The whole system can become taxed, in fact, and this can lead to ineffectiveness, malfunction, and burnt-out.

This is where cannabinoids from the cannabis plant come into play. Cannabinoids help tetrahydrocannabinol (THC) bind and synthesize to certain cannabinoid receptors in the body, namely CB1 and CB2 receptor sites. CB1 is connected to brain health and CB2 is connected to immunity.

What is the entourage effect?

Dr. Mechoulam and his team were also instrumental in the development of what we now know as the “entourage effect.”  The “entourage effect” is the process by which all the phytonutrients in cannabis work together for healing. This process is actually a natural organic synergy that occurs within all whole foods, from cannabis plants to antioxidant-rich vegetables like beets and tomatoes. In order for the entourage effect to occur, however, every single substance within a particular plant must be available and able to be expressed.

You may already know this, but it definitely bears repeating—a typical cannabis plant may contain between 450 and 500 distinct phytonutrients. These may include several different kinds of cannabinoids besides THC and CBD, such as CBN and CBG. In addition, a plant may also contain dozens of different terpenes and flavonoids, antioxidant substances, fatty acids, and detoxifying agents like chlorophyll as well as many types of vitamins and minerals.

A good example of the “entourage effect” in action is what Harvard researchers recently discovered about certain flavonoids within medical cannabis and how they may be able to help inhibit the growth of pancreatic cancer tumors. (6) Other more recent studies have discovered how certain terpenes coupled with cannabinoids can help with mood disorders. (7)

In a kind of “team effort,” every substance within the cannabis plant plays a part within the whole. The outcome of the entourage effect is the development of strong protective mechanisms for the plant itself and profound healing effects for humans.

What is the best cannabis product for me?

There is no doubt about it, when your endocannabinoid system is strong and vibrant, your whole body can be as well.

Now that you are in the know about how cannabis can affect health through the endocannabinoid system, you are on your way to discovering the very best consumption method for your particular qualifying condition. For more information about QMP's and obtaining your medical cannabis card in the state of Utah, be sure to check out our guide on How To Get Your Medical Card in Utah.

If you have already applied for your card and are ready for the next step, or if you already have your card and simply want to ask a question about your particular situation, we here at WholesomeCo, your state-of-the-art Utah medical cannabis pharmacy, are here to help you!

Our team of Doctorate-level trained pharmacists can answer any of your cannabis questions, including information about drug interactions, the best dosage for your unique situation and so much more.

No question is too big or small so be sure to reach out to our team of helpful professionals today. Most people are able to speak with a pharmacist within 24 hours.