The Effects of Cannabis on your Brain 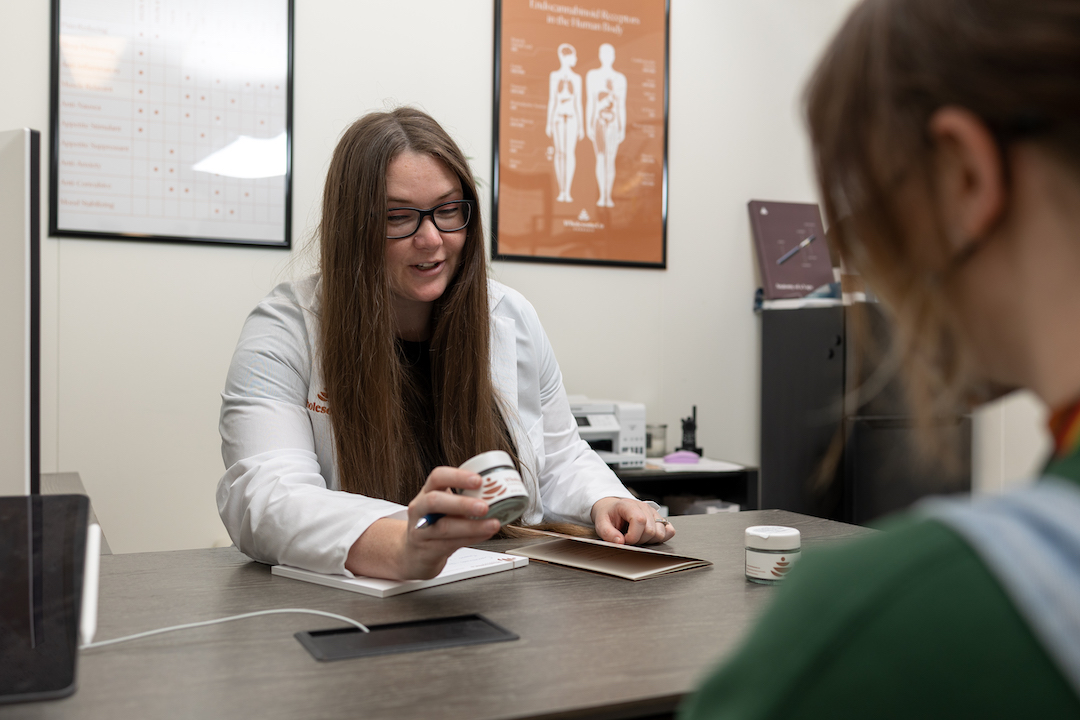 Cannabis is an amazing plant that has been documented to help your body, mind, and emotions. But how do the psychoactive components of cannabis affect the brain in the short and long term?

Short-term positive effects of cannabis on your brain

There are some very positive short-term brain-related effects that can occur with most people when using medical cannabis. Some of them are:

Help with panic attacks. Cannabis has been shown to be effective for those who suffer from PTSD-related or general anxiety-related panic attacks. In addition, there is ample evidence to create the link between cannabis and anxiety help in general.

Help with appetite. Via influencing brain-related chemical firings and communications, medical cannabis can be very effective in stimulating appetite and can be of great benefit for those suffering from cachexia, advanced anorexia, Crohn’s Disease, side effects from chemotherapy, and other conditions where appetite may be an issue. According to a 2015 in vivo study, medical cannabis has the ability to affect particular neurons in the brain that are responsible for suppressing appetite and can also release chemicals which promote hunger. (1) Cachexia is one of the qualifying conditions for medical cannabis use in Utah.

Help for acute pain. Similar to appetite, cannabis can help curb both acute and chronic pain via the unique way cannabinoids (THC, CBD and others) affect centers in the brain related to pain responses.

For best short-term results, the consumption method of choice is usually loose flower or cartridge-based vape or tincture. These particular consumption methods are legal to use in Utah and also are the fastest way to experience the effects of THC-based medical cannabis. Some popular strains for short-term results available at Wholesome include mai tai mint, space monkey, and WholesomeCo gummibears.

Short-term negative effects of cannabis on your brain

On the other hand, some people may experience not-so-positive short-term, brain-related effects when consuming high-THC medical cannabis. These may include:

Neural Noise. The most common negative short-term brain-related effect of THC cannabis has to do with what experts call “neural noise” (also called “cortical noise,” or “noisy brain”). In neurology, these are “random intrinsic electrical fluctuations within neuronal networks.” The fluctuations are not usually connected to any particular command or response.  (2)

When neural noise occurs as a result of consuming high-THC cannabis, fluctuations can vary in strength. For example, neural noise can feel like “racing thoughts” or a person can simply have difficulty concentrating. Other times a person will actually hear a buzzing or a crackling sound when neural noise is high. Continuous “neural noise” may affect sleep in some cases. (3)

Getting the “Munchies.” As we described above, cannabis affects certain hormonal triggers responsible for hunger and satiety. For those who do not need or want appetite stimulation, “getting the munchies” can be a negative, especially for those who want to lose weight.

Long-term positive effects of cannabis on your brain

The good news is that studies have shown consistent patterns for a number of positive long-term effects:

While more research is needed to establish a crystal-clear link between cannabis and help for brain injury, one investigation conducted by UCLA Medical Center in 2014 found significant positive effects for TBI patients who used medical cannabis. (7) Medical cannabis has also been proven to help TBI sufferers in breaking the dependence on opioids that usually accompanies the condition.

Help with seizures. A seizure occurs any time the electrical signals in the brain are disrupted. Both CBD and THC have been shown to significantly help children and adults who are subject to seizures, including those related to epilepsy. (8) Epilepsy is a qualifying condition for medical cannabis use in Utah.

Help with Alzheimer’s and Dementia. Medical cannabis has been shown to help with forms of dementia, including Alzheimer’s. A comprehensive review of all major literature on the subject through 2019 was conducted by researchers at Woosuk University in Korea. They concluded that both CBD and THC can be helpful for various forms of dementia and stated that “using CBD and THC together could be more useful than using CBD or THC alone.” (9)

Help with MS. MS, or multiple sclerosis, is a nervous system disease that results in damage to communication nerves between the body and the brain. High CBD cannabis as well as other cannabinoids, including THC, have been shown to significantly help with this condition. A randomized, placebo-controlled trial conducted at the University of California, San Diego found that smoked cannabis was very effective at curbing symptoms of pain and muscle spasm for those with MS. (10) While smoking cannabis flower is not legal in the state of Utah, the state does allow vaping cannabis flower or oil via vape cart.

Individuals use a diversity of consumption methods to achieve long-term results. The methods available are sustainably produced flower, tinctures, vape cartridges, patches, gelatinous cubes, and cannabinoid-infused lotions and creams. All of these consumption methods may be effective for long-term results, and we always suggest that you monitor your own unique results along the way and don’t be afraid to change it up every once in a while.

Long-term negative effects of cannabis on your brain

It is obvious that there are many brain-related conditions that medical cannabis can help with when used responsibly. That being said, there are also a few side effects of long-term THC use that you should be aware of.

Cannabis and the adolescent brain

Admittedly, there is still a lot we have to learn about how cannabis use during the growing years can affect brain development. To add more frustration to the mix, many of the studies looking at cannabis use, and the teen brain have resulted in inconsistent and even contradictory information.

For example, a seminal 2012 Duke University study concluded that consistent medical cannabis use in adolescence may lead to a decline in IQ later in life. (14) However, other studies since have found that this is not the case or have determined that other factors may also contribute to cognitive changes. One 2016 study report published in the Proceedings of the National Academy of Sciences concluded that “familial confounds” (i.e., shared factors such as genetics, environment, etc..) can play a significant role in IQ development. (15)

Experts also raise concerns about a higher risk for psychosis (especially schizophrenia and depression) amongst those who started using cannabis at a young age and continue it throughout adulthood.  Yet at the same time other studies have found almost the exact opposite. For example, the researchers involved in a 2019 investigation conducted at Arizona State University found “no association between prospectively-assessed adolescent cannabis use and subcortical brain volume and cortical brain volume and thickness in adulthood.” (16)

Furthermore, a 2020 meta-analysis conducted by researchers at the California Institute of Behavioral Neurosciences & Psychology found that CBD in particular was significantly helpful in curbing the manifestations of schizophrenia in a wide population group. (17)

And according to an earlier 2015 study published in the journal JAMA Psychiatry, the effects of cannabis use amongst teens can vary greatly. Factors that influence the potential effects on an adolescent include general health status and genetics, amongst others. (18)

Is cannabis bad or good for your brain?

After learning about the good and the not-so-good effects of THC and cannabis on the brain, you may be asking yourself “Okay, so what is the conclusion? Will cannabis be good or bad for my brain health or the health of my loved one?”

The answer depends on your unique situation, condition, and situation, or that of your loved one. Each person is unique and so will be your unique medical cannabis protocol. That is why we always suggest that new patients set up a “Cannabis Curious” appointment with one of our super helpful, professional pharmacists before purchasing the product. Your pharmacist will go over your health situation and desired outcomes with you and guide you in making the best choice for you.

When it comes to cannabis and brain health, the journey can be complicated. That is why our professional pharmacists and our entire staff are here to help you every step of the way.

Be sure to sign up for a free “Cannabis Curious” consult today.