Cannabis and PTSD: What You Need to Know 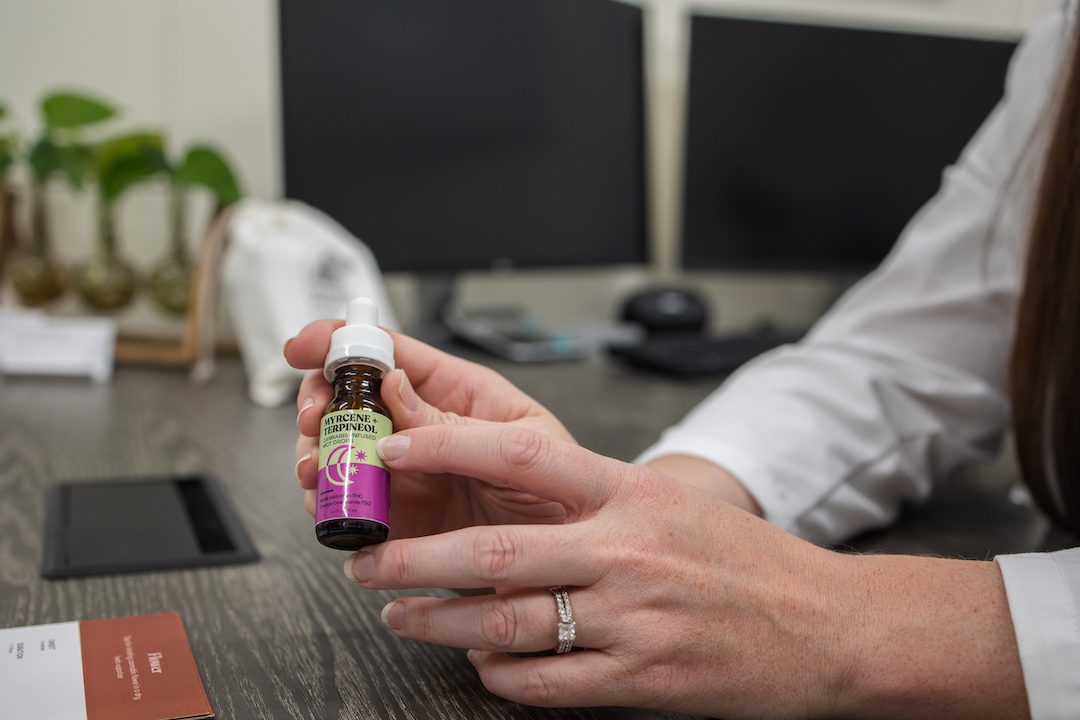 Six out of every ten men and five out of ten women in the United States have experienced at least one traumatic event in their lives. Of these individuals, many will go on to develop a condition called Post Traumatic Stress Disorder (PTSD), which can be debilitating. The good news, however, is that medical cannabis has been shown to help.

Post-Traumatic Stress Disorder, or PTSD, is an anxiety disorder that medical cannabis has been shown to help with. People who suffer from it often react negatively to seemingly random stimuli in their environment. For some people, these “triggered” events can occur over and over again in response to seemingly random situations.

Some unique symptoms of PTSD include:

How does cannabis help with PTSD?

A large joint study spearheaded by the Colorado Department of Public Health and Environment in 2020 found that PTSD sufferers who used cannabis were roughly two and a half times more likely to recover from PTSD than those who were not using cannabis (and perhaps were using other methods for symptom relief, such as pharmaceutical drugs). (2)

The reason for this correlation is because cannabis has the ability to balance and strengthen the endocannabinoid system. This is a little-known system within your body that is designed to support the health of all the other systems, including the nervous and the endocrine system.

Many people with PTSD suffer from dysregulation of the Hypothalamic-Pituitary-Adrenal (HPA) axis. The HPA axis is a major part of the endocrine system as well as the nervous system. It also plays a major role in the release of stress hormones, especially cortisol.

In response to a traumatic event such as childhood abuse, the body releases CRH, or Corticotropin-Releasing Hormone. CRH is a precursor hormone to cortisol (3) According to a 2001 Italian report published in the journal Neuropsychobiology, cannabis can provide significant support for the HPA axis. (4)

Cannabinoid therapy can also help with conditions that are closely related to PTSD, such as insomnia, pain, and IBS. (5)

Is cannabis a depressant?

If you are considering cannabis for PTSD, you may have concerns about whether cannabis will make you “spaced out” or “drugged” as many pharmaceutical drugs can do.

Depending on the strain and how your body interacts with it, cannabis can be a stimulant or a depressant. To date, there are dozens of strains and types you may encounter as you search for cannabis and CBD products that are legally accessible in Utah and available at any Utah dispensary.

Some strains of cannabis are more stimulative and can help with upliftment and energy, while other strains are designed to calm and relax. Using cannabis products that contain mainly CBD will not have an immediate impact on your nervous system like high-THC cannabis can, although they typically have a soothing and calming effect on it and on your whole body over time.

High THC strains of cannabis can have an effect on psychomotor skills, attention span, mental function, and “long-term memory storage,”  when taken in excess.

Some of the typical drugs prescribed to sufferers of PTSD include Prozac, Paxil, Zoloft, Valium, and Flumazenil. Serious side effects of these drugs may include:

Most physicians in general caution patients to stay away from mixing prescription drug use and cannabis use. There are too few studies on the subject to determine the dangers. In addition, when you take both, then your doctor cannot determine whether either substance is having an effect on your body and what that may be.

Research and anecdotal evidence have shown that CBD can speed up the effectiveness of prescription drugs. However, if you are on any kind of prescription drug and want to start using cannabis, be sure to consult with a professional who has been trained in cannabinoid therapy. Also, you may have to adjust your prescription drug dose (usually by lowering it) when you use cannabis, based on what your medical provider recommends.

This is good news! In fact, cannabis is often used as a safe way for people who have become dependent on prescription drugs, including opioids for pain, to slowly wean themselves off of these highly addictive and potentially dangerous pharmaceuticals. (6)

What types of medical cannabis are best for PTSD?

Studies conducted at the University of Washington found that the best cannabis for the short-term side effects associated with PTSD (such as managing a triggered response or subduing a panic attack) is high THC/high CBD strains. (7) In addition, the first FDA-regulated study on the potential pluses of cannabis for veterans with PTSD, published in 2021 in the journal PLOS ONE, found that the best results for symptom relief were obtained from strains that contained an equal ratio of 8% for both CBD and THC, as well as those that contained 11%CBD. (8)

Studies have also shown that certain cannabinoids, such as THCV, can be very beneficial for general anxiety as well as for PTSD. Although, take caution with THCV strains if you also want to use cannabis to stimulate appetite too. High THCV (tetrahydrocannabivarin) strains like Girl Scout Cookies and Jack Herer may have the opposite effect in this regard.

Other strains that have been used by people with PTSD for years include OG Kush, Skunk Plus, White Lotus, and Snow Leopard.

Does cannabis help with depression?

Even though cannabis can be mildly depressive depending on strain and amount used, there is evidence to suggest that it can also help with depression that is often associated with PTSD. A study conducted in early 2015 by the University of Buffalo found that the production of endocannabinoids tends to be lower in people who are in a state of chronic stress. (9)

Another study published in the Journal of Affective Disorders found that inhaled cannabis for PTSD helped to lower depression symptoms over the short term. This study also cautioned, however, that high-THC cannabis can exacerbate depressive symptoms if taken in large amounts. (10)

The state of Utah does not allow the legal use of smoked cannabis. However, it does allow the use of vapes, transdermal patches, and sublingual tinctures. These dosage forms have the ability to bypass the digestive process and enter the bloodstream fairly quickly. For those who may be undergoing a panic attack and/or triggering event, the ability of cannabis for anxiety disorders associated with PTSD, to act quickly can be a life-saver.

How much cannabis should I take for PTSD?

As is the case with any condition you are considering cannabis use for, the specific dosage amount you may want to use for PTSD will vary depending on your unique needs, lifestyle, and body make-up. It will also depend on the method of consumption you use to administer it.

Smoking cannabis in the form of cannabis cigarettes or in a pipe is not allowed in the state of Utah, nor are edibles.

Once you determine your method of dosing, then you can move on to discovering the right amount of you. Most people determine their “minimum effective dose” (M.E.D.) first and then go from there.

You can find this out for yourself by starting out with the smallest dose you think you will need to have the desired effect you are looking for. For most people with an average 150–200-pound frame, a good starting place would be 5 mg THC. For those with smaller frames (less than 150 pounds), a good starting place would be 2.5 mg or even 1.25 mg if you feel you may be extra sensitive to THC.

Be sure to wait for at least a half-hour if you are using sublingual drops, transdermal patches, or vaping and up to two hours for dosage forms that go through the digestive system. At that point, you can determine if you need to ingest more, or if you need to cut back next time.

Having PTSD is not a sign that you are weak or that you “can’t get it together.” It is a conventionally recognized diagnosable condition and a qualifying condition in Utah.

Nowadays, the numbers of people who experience PTSD symptoms are more than ever. Unfortunately, conventional medicine’s “solution” is usually prescription drugs.  This route can potentially create opioid dependency and more health risks than benefits for the patient, but it’s always best to consult with a medical cannabis pharmacist or your doctor for your best treatment plan.

There is a way out of the cycle of PTSD naturally, however, if you choose to start your healing and wellness journey with medical cannabis.