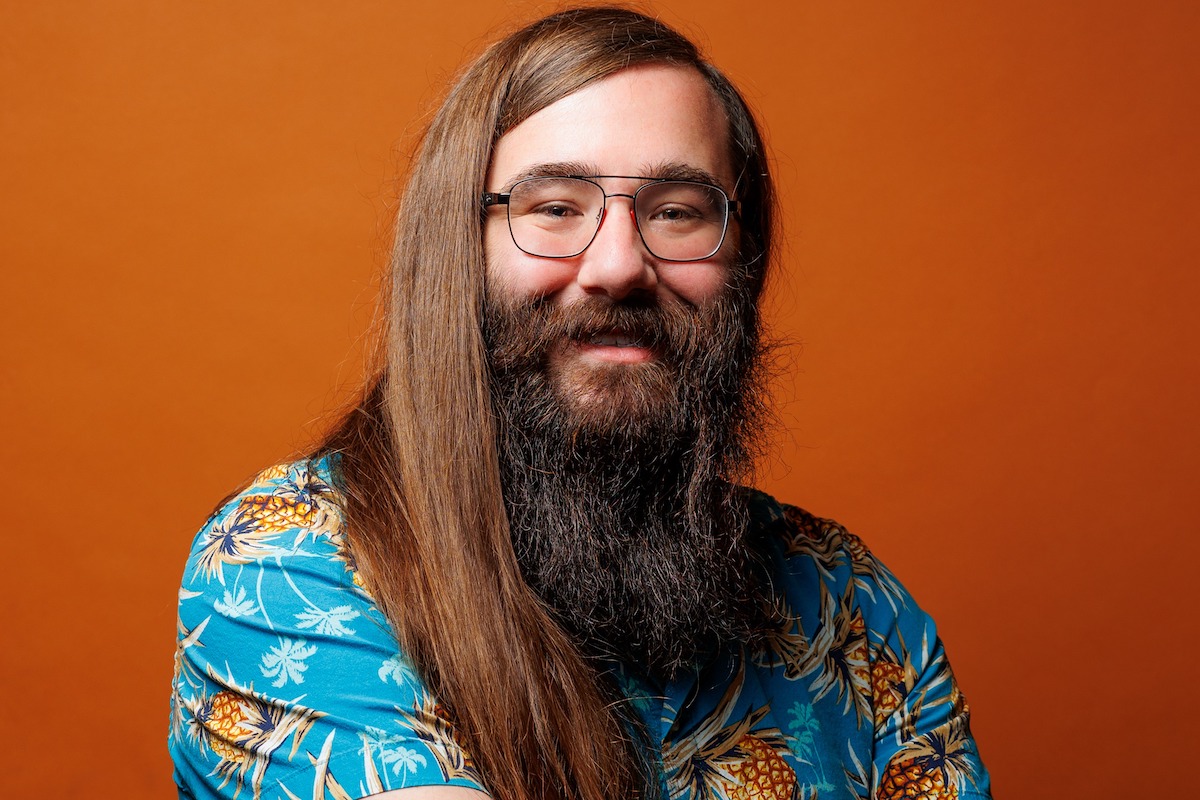 Vern Tooley lived a passionate, creative life before an unexpected event changed his life forever. Ten years ago, Vern experienced a nightmare that no young adult should have to live through. His very close friend, Molly, was shot and killed in an act of gun violence. This was Vern’s first time losing someone close to him, and even worse, younger than him. The publicity of the event brought recurring negative emotions, causing even his creative hobbies and favorite music to become emotional triggers. Vern felt as though he lost part of himself with his dear friend.

After the tragic day in 2012, Vern struggled to express his creative side. He had a passion for filming and editing video, graphic design, acting, and drawing, all things he grew to love alongside his friend. The artistic talents that inspired Vern’s freelance career became unenjoyable and he simply could not find joy in a world without Molly. Vern not only lost part of his identity but also quality in relationships and excitement for the things he loved most.

Vern’s mental health was not made a priority while attending a catholic school in rural Illinois. He was surrounded by the mentality that if you were having a bad day, you were sinning, and if you couldn't just ‘walk it off, you were weak. Circumstances surrounding the death of his friend became the main focus of his life and not receiving the help he needed sent him into a downward spiral. Signs and billboards advocating for justice, news stories, and even trips to the grocery store would re-traumatize Vern daily. “I even had the experience of hearing Nancy Grace talking about the event on CNN”, he shares.

Vern found himself trapped in a mental state that was not sustainable for a healthy life.

His mind was overwhelmed with negative thoughts and the noises in his head could not be silenced. Eventually, after moving to Washington, Vern found the strength to take action and make positive changes to his lifestyle.

Finding clarity in the mental chaos

Nearly six years after the death of Molly, a fresh start gave Vern the courage to seek out professional help. This was an opportunity for his mental health to finally be taken seriously. Counselors at Mindful Therapy Group near Seattle, Washington helped give Vern a new outlook on life.

Through counseling, Vern was diagnosed with Post Traumatic Stress Disorder (PTSD).  “I was kind of shocked because I thought PTSD was strictly something that combat veterans had,” he said. Although PTSD is often associated with war, any traumatic event occurring in one’s life can trigger PTSD. Being diagnosed with this condition helped Vern become more in touch with his feelings and start healing in the right direction.

A life-saving act of rebellion

Coming from a background where mental health was not acknowledged, Vern was intrigued by his diagnosis and began to learn more about his condition. He came across information that suggested cannabis as a treatment method for PTSD. Vern was very hesitant and scared to try cannabis, “I've heard my whole life that cannabis is the devil, and your life will be miserable if you try it”, he says.

Despite Vern’s catholic education portraying cannabis as a sin, he decided to take the leap. Some may view using cannabis as the biggest act of rebellion, but for Vern it was a lifesaving decision. “What's the worst that could happen?” He thought, “My life is already miserable.”

The breakthrough: using cannabis as a healing tool

Cannabis being recreationally legal in Washington allowed Vern to begin experimenting on his own. He quickly realized that while using cannabis he was able to dial down the noise in his head, pinpoint what was bothering him, and fully process his feelings. “Cannabis is like a metal detector. There's all this stuff buried; I know it's there, but I don't know what it is. It helps determine what those individual feelings are” he explains.

For the first time, Vern was able to focus on the individual things triggering his PTSD rather than pushing those feelings aside. Cannabis helped bring attention to wounds that needed to be healed in order to improve mentally. By using cannabis as a tool along with counseling, he was able to express his thoughts and work through emotions with professional help.

In 2020, Vern moved to Utah where he would have the chance to experience cannabis in a more medicinal environment. Although Vern’s appearance may suggest a stereotypical cannabis user, he was very new to the controversial treatment method. An impersonal experience in a Washington dispensary made him feel like he was not taken as seriously in the recreational scene.

After moving to Utah, WholesomeCo became an important resource for Vern to gain knowledge and discuss his concerns with pharmacists. The Utah medical program allowed him to be treated like an adult with a health condition, rather than a young recreational user. At age 30, Vern appreciates the medical expertise he receives at WholesomeCo, and wishes he had a similar experience when he first began his cannabis journey. “It is nice having an alternative mental health resource in Utah”, he says.

Vern expresses that the way cannabis is medically prescribed in Utah is the way all medical treatment should work. The knowledgeable staff at WholesomeCo helped him fine-tune what products work best for his condition by talking through mental health concerns. “It was like assembling a tool kit,” he shares. The medical process gives Vern peace of mind and trust in the products he is using.

Using cannabis was a last resort for Vern. He was motivated by the thought that nothing can be scarier than the reality he was already facing, so he understands why a person may be intimidated. He wishes he would have prioritized his mental health sooner, despite public perception and rumors embedded in religious beliefs.

Typically, Vern's treatment plan consists of pairing a small amount of flower with the Davinci Micro vaporizer. He enjoys a mellow high that still allows him to go about his daily life. For PTSD he enjoys a flower that provides calming and relaxing effects. Specific aspects of trauma that Vern uses cannabis to treat include sleep, anxiety, anniversaries of events, and memories associated with the death of Molly.

Unfortunately, there are many triggers in the world that remind Vern of the passing of his friend. Thankfully cannabis is an accessible way for him to cope on the bad days. With the help of cannabis, Vern has been able to reintroduce even the simple things back into his life, such as drawing and listening to The Beatles. “Cannabis helps me navigate the crazy world we live in,” he says.

Today, Vern has been reacquainted with hobbies and interests he previously could not mentally handle. His creative side has been recovered, he performs better for work, and he no longer feels like a burden to loved ones. He is able to work through disturbing feelings by turning bothersome thoughts into art that provides happiness, healing, and closure. Overall, cannabis has helped Vern welcome joy and excitement back into his life after a long and dreadful 10- year battle with PTSD.