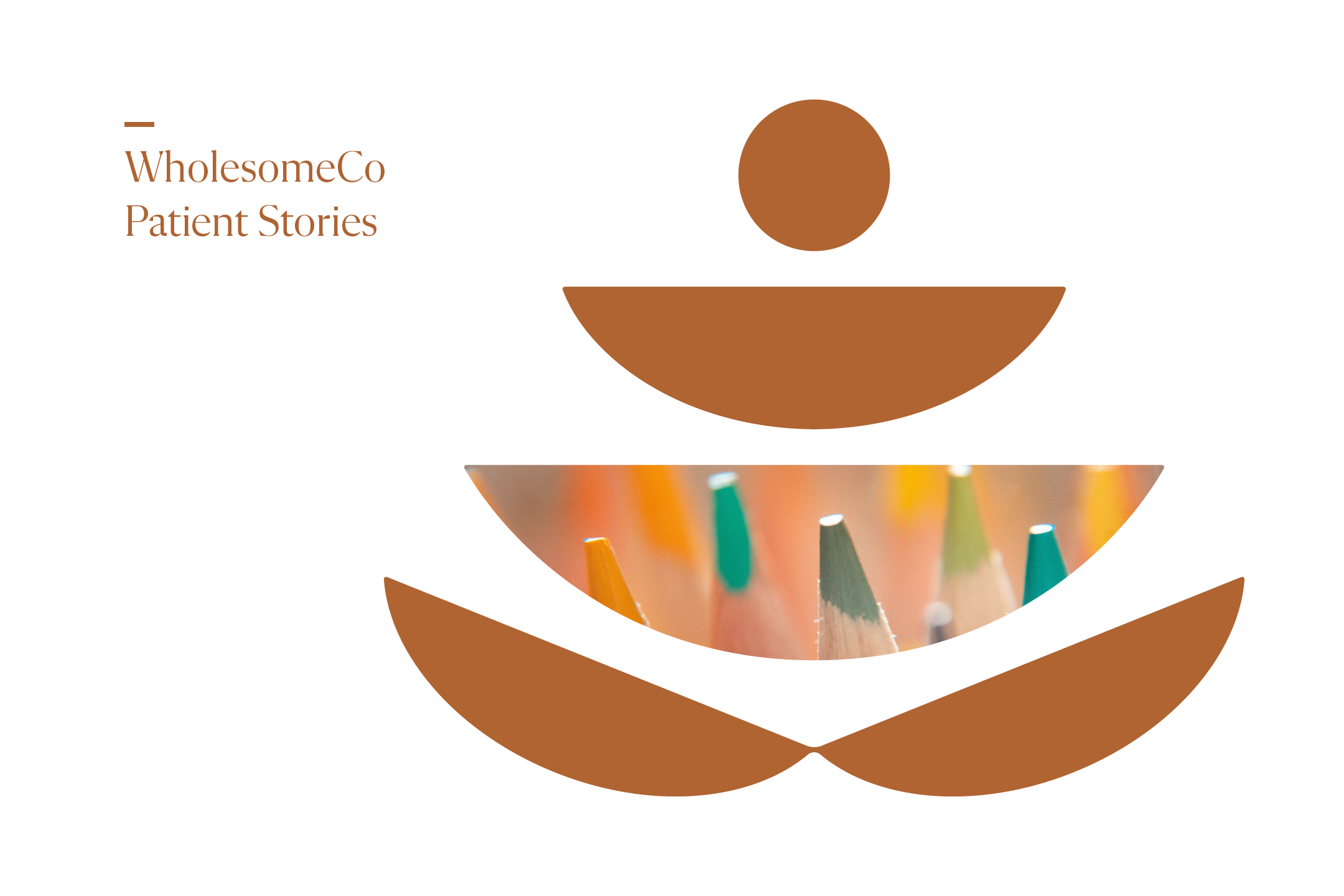 For the past 11 years, Tommy Graydon has experienced extreme hardship, change, growth, and opportunity. Tommy is a U.S. Military veteran, a retired firefighter, a recovered opioid addict, a newly discovered artist, and a proud patient at WholesomeCo. After serving 8 years of active duty in the U.S. Military, Tommy's bravery, and desire to serve led him to firefighting. He lived an intense, physically demanding life before responding to an accident that would send him down an unexpected life path.

In March 2011 a whiteout snowstorm covered the roads in northern Utah with “The Greatest Snow on Earth”. Tommy was a member of the South Weber fire department at the time and vividly remembers multiple accidents on highway 89 that day. He and his fellow first responders were called out for one specific accident involving a 5-vehicle crash and a critically injured passenger trapped inside a car.

Tommy’s heroic duties that day required him to break the car door open with a 70 lb. spreader tool to remove the crash victim safely. While using the spreaders that exert nearly 7,000 lbs. of pressure per square inch, the tool slipped and put an extreme amount of force on Tommy’s knee. Because of the initial shock and chaotic environment, Tommy didn't realize the extent of his injury right away. While walking back to his engine, his leg gave out and the pain set in.

Tommy suffered a torn anterior cruciate ligament (ACL), along with damage to his medial collateral ligament (MCL) and posterior cruciate ligament (PCL). After nearly two years of surgical procedures, physical therapy, and 11 years of recovery, his knee still manages to dislocate frequently. “You can't be a firefighter like that”, he expresses. Tommy was prescribed pain pills to ease the recovery process after seven different surgeries. He became reliant on the highly addictive substances and quickly witnessed his quality-of-life plummet. “It sounds cliche, but it is exactly what happened,” he says.

During this downward spiral Tommy experienced drastic life changes and eventually ended up homeless on the streets of Las Vegas. He was disabled and unemployed, facing opioid addiction, separation from family, and multiple mental health illnesses. Thankfully, being a military veteran provided him with resources to find stability. Tommy arrived at U.S. VETS, an organization that provides housing and assistance to veterans as they transition back to civilian life. The diverse group of retired service members in the shelter gave Tommy the support he needed to begin healing.

Medical cannabis being legal in Las Vegas gave Tommy an opportunity to learn about the potential healing properties. “I knew it helped with pain, but I didn't realize it could help with the anxiety and PTSD that I also have,” he says. While chatting with a few Vietnam War veterans who had been medicating with cannabis for nearly 40 years, they convinced Tommy to give it a try. After doing his own research on the medicinal benefits, he decided it couldn’t hurt.

The beginning of Tommy’s cannabis journey served as a pivotal point in his life. “From this point on, everything in my life just started to get better,” he says. Tommy started to receive his military benefits that allowed him to earn an income, find a doctor, and begin medicating consistently. As his chronic pain subsided, Tommy realized the condition of his leg would most likely be permanent and he would need to transition toward a different career path. After hearing medical cannabis had been legalized in Utah, he moved back to his home state, got his medical card, and started to pursue a goal he hadn't considered since high school.

“I have always been drawn to art. As a kid, I used to love drawing but when I got to high school, I knew I wanted to join the military and all the art stuff went out the window,” Tommy says. While healing with cannabis, he found the perfect time to pursue digital art as a hobby and eventually, a new profession. GI Bill benefits helped Tommy continue his education in 3D modeling, earn additional income and eventually, receive his college degree. Following his graduation last year, Tommy was hired at GameStop where he continues to learn more about how he can help his community using his creative talents.

Tommy’s passion to serve others lives on through a newly discovered love for 3D animation and virtual reality. He aspires to help create animated spaces for first responders to complete specific training courses. For example, virtual weaponry practice for police, house searches for firemen, and rapid trauma assessments for EMS personnel. This creative tool gives first responders the opportunity to think through various real-life situations and rescue procedures. Although Tommy cannot physically perform the duties of a first responder in the field, he has found a way to contribute in his own unique way.

Many people struggle their entire lives finding the motivation and resources to escape the consequences Tommy faced after his injury. “My knee dislocates, and it sucks, but it is what it is. Cannabis is there for me and it's all good,” he shares. Through his own strength, support from the military, and the healing benefits of cannabis, Tommy’s struggles ended up being an unfortunate detour in his journey to make the world a better place.