Taking Pride: How Cannabis Legalization Owes Its Roots to the LGBTQIA+ Community 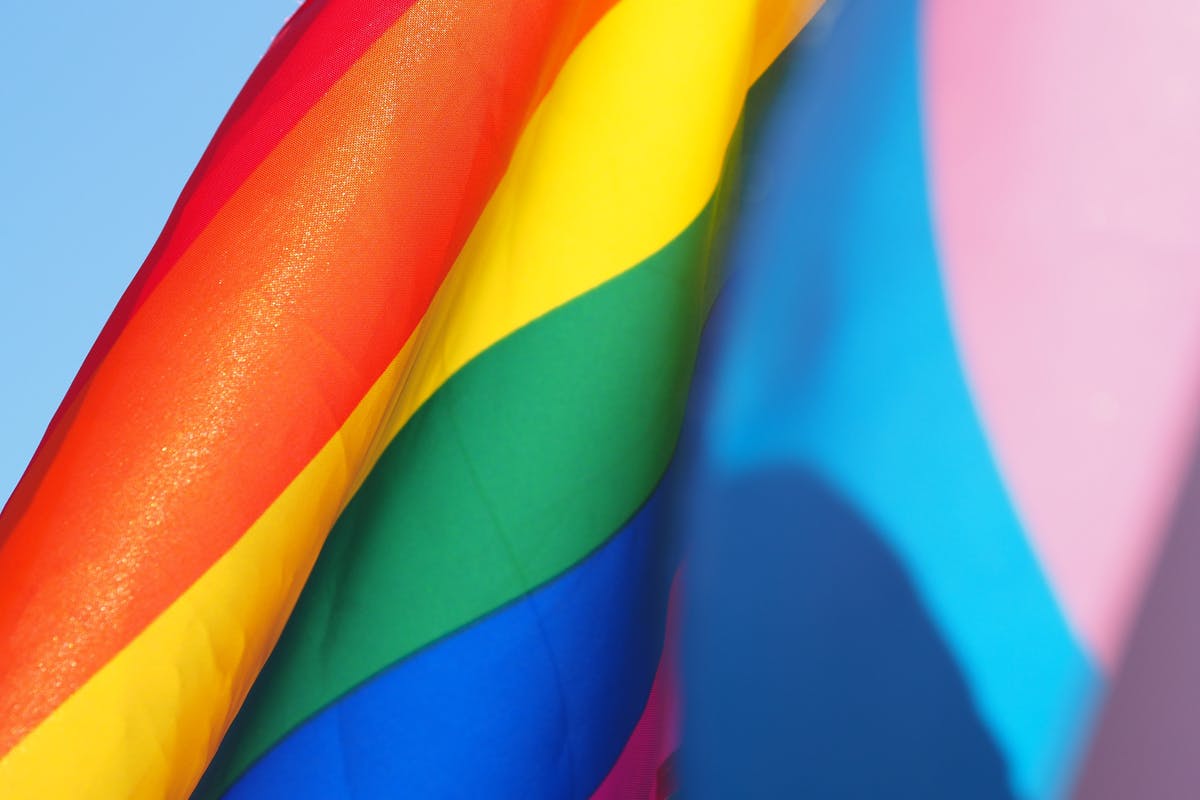 As we celebrate Pride Month, it is important to reflect back on the roots of cannabis legalization that were largely the result of the efforts of the LGBTQIA+ community. While this may be surprising to some, it is not all that surprising to the actual members of the LGBTQIA+ community. Indeed, when we examine the history of cannabis legalization and the movement for gay rights in this country, we see that the two movements are inextricably linked to one another.

The bond between cannabis legalization and LGBTQIA+ rights stem back to the 1980s and 90s and the AIDS epidemic. One of the most well-known early cannabis activists was Dennis Peron, who was self-described a gay hippie. Peron, dubbed the “Father of Medical Marijuana,” was born in the Bronx in 1945. After returning from his service in the Air Force during Vietnam, Peron moved to the Castro District in San Francisco. It was there that his journey as a cannabis activist (and as a LGBTQIA+ activist) began. Once in San Francisco, Peron joined Abbie Hoffman’s Youth International Party (the “Yippies”) and organized a number of “smoke-ins.” He was also an ardent supporter of Harvey Milk, who won an elected seat on the San Francisco Board of Supervisors in 1977.

Peron opened a restaurant in the Castro District where the second floor over the restaurant was dedicated to selling cannabis. He was arrested several times. During one of his arrests, Peron was shot in the leg by an undercover police officer. A prison sentence would follow for possession. Amid his legal battles, Peron continued to advocate for access to medical cannabis. In providing cannabis to persons in San Francisco, Peron saw the palliative effects cannabis provided. Case in point, while Peron’s partner, Jonathan West, was dying of AIDS, Peron saw how cannabis eased the pain and nausea that West felt from the medications he was consuming to treat his symptoms. On a night in January 1990, the police raided the home where Peron and West were residing. Peron was arrested and charged with possession with the intent distribute. At Peron’s trial, West, nearing death, testified that the cannabis for which Peron was arrested belonged to him. Based upon West’s testimony, the judge dismissed the case against Peron and admonished the police who arrested Peron.

Two weeks after Peron’s case was dismissed, West passed away, giving Peron the further inspiration he needed to pursue the legalization of medical cannabis in California. In 1991, Peron joined with other cannabis activists to draft a ballot initiative (Proposition P), which sought to have the city of San Francisco recommend that the state of California add cannabis to the state’s list of approved medicines to treat certain illnesses – including AIDS, glaucoma, cancer, and multiple sclerosis – and to not penalize those doctors that recommended cannabis to patients. The initiative passed with an overwhelming majority (80% of the vote). The following year, the San Francisco Board of Supervisors adopted a resolution that urged law enforcement and the district attorney to make cannabis arrests and prosecutions the “lowest priority.”

Peron also lobbied for the legalization of medical cannabis at the state level. While doing so, he opened the San Francisco Cannabis Buyers’ Club, which operated as one of California’s first cannabis dispensaries. The buyers’ club started out serving just AIDS and cancer patients, but soon progressed to accept a wider array of seriously ill patients. According to Peron, “Watching the old supporting the young and the terminally ill counseling the incurably disabled was an increasingly inspirational sidebar.” He added, “The club was more than a place to obtain marijuana; for many it became something of an extended family fulfilling important social and emotional needs.”

As the 1990s continued on, Peron helped write Proposition 215, which would pass by approximately one million votes in 1996 and legalize medical cannabis across California. Perhaps Peron’s greatest contribution to the wording of Prop 215 was that doctors be allowed to approve “the use of marijuana in the treatment of cancer, anorexia, AIDS, chronic pain, spasticity, glaucoma, arthritis, migraine, or any other illness for which marijuana provides relief.” Despite the success of Prop 215, Peron’s cannabis club would be closed in 1998 by a federal judge. Peron would never run a dispensary again. His health would eventually catch up to him, as it was determined that he had sustained lung damage due to exposure to Agent Orange in Vietnam. Peron would also suffer from other lung issues, including emphysema, lung cancer, and chronic obstructive pulmonary disease. Peron eventually succumbed to his ailments, passing away in 2018 at the age of 71.

One of Peron’s good friends and allies in the medical cannabis movement was Mary Jane Rathbun, better known as “Brownie Mary.” As her name suggests, Rathbun was best known for the cannabis infused brownies that she would make for suffering AIDS patients. Rathbun was born in Chicago in 1922. She spent most of her time growing up in Minneapolis. As a teenager, she worked as a waitress. She also became involved in social activism, fighting for abortion rights and miners’ rights to form unions. Rathbun would eventually move to San Francisco during World War II.

By the 1960s, Rathbun was involved in the counterculture and anti-war movement. She met Peron in 1974 as the two enjoyed some cannabis together at Café Flore in the Castro District. Shortly thereafter, Rathbun would fully immerse herself in the fight for cannabis. Rathbun maintained her waitressing job at IHOP for 25 years, while running a side business selling her cannabis infused brownies. At first, Rathbun’s brownie business was above ground. As Dennis Peron’s co-author of Prop 215, John Entwistle, put it, “She was above ground; [her cannabis] was for everyone.” However, following two arrests in a two-year span, Rathbun would take her business underground.

In lieu of jail time following one of her arrests, Rathbun was given community service. She served as a volunteer at the Shanti Project, the first organization to offer medical services to AIDS sufferers, to fulfill her community service obligations, secretly distributing her brownies to patients. By 1984, Rathbun was volunteering in the AIDs ward at the San Francisco General Hospital and baking nearly 600 brownies a day.

Following her third arrest for cannabis in 1992, Rathbun testified before the San Francisco Board of Supervisors regarding the medicinal benefits of cannabis, which led the board to pass the resolution referenced above that made cannabis enforcement the lowest priority in the city. The board even went so far as to declare August 25th “Brownie Mary Day.” During the same year, Rathbun teamed with Peron and Entwistle to open the San Francisco Cannabis Buyers’ Club. Rathbun would go on to campaign with Peron around the passage of Prop 215. In 1997, she and Peron were honored as the Grand Marshals of the San Francisco Gay Pride Parade.

Like Peron, Rathbun also suffered from lung issues, as well as osteoarthritis. She would later pass away in April 1999 from a heart attack. At a vigil that was held in her honor, district attorney Terrence Hallinan, who had been a friend of Rathbun’s, said that she will “one day be remembered as the Florence Nightingale of the medical marijuana movement.”

The strong spirits of Peron and Rathbun continue to live on in both the current cannabis and LGBTQIA+ movements. As a country, America is closer than it has ever been to seeing the end of federal cannabis prohibition. 19 states (if you include Connecticut) have legalized adult-use cannabis, while medical cannabis is legal in 36 states. This vast swath of legalization undoubtedly owes itself, at least in part, to the work of the LGBTQIA+ community. Those members of the LGBTQIA+ community, as well as those persons from America’s black and brown communities that have been the most harmed by the failed War on Drugs, should be front and center in the push for increased legalization. It is only right that those people who helped bring cannabis reform about and those communities that were wrongly targeted under the country’s draconian drug laws, be allowed a seat at the table to flourish in the cannabis industry. They deserve it.

J. D. Lauritzen, aka "The Leafy Lawyer," is the Head of Legal, Compliance & Gov't Affairs at WholesomeCo, Inc. J. D.'s interest in cannabis and the law began during his freshman year of college when he penned a paper in his first-year English class that proposed legalizing cannabis and using the resulting tax revenue to address the national debt. He has since followed the legalization of both medicinal and adult use cannabis closely as it has made its way across the country. After graduating with distinction from the University of Nebraska College of Law, J. D. took a job at a small firm, Robert B. Sykes & Associates, practicing personal injury, civil rights, and medical malpractice. In 2016, he joined Christensen & Jensen, P.C. as an associate attorney and headed up the firm's marketing efforts and maintained the firm's various blog sites and social media pages. In late 2016, J. D. was moved into a full-time associate role at C&J, where he practiced in the firm's personal injury, civil rights, government compliance, appeals, and general litigation sections. Following the passage of Prop 2 in 2018, J. D. started his cannabis law practice. His cannabis practice focused on everything from entity formation to licensing to compliance (and beyond). As part of his cannabis practice, J. D. helped co-found the Cannabis Law Section within the Utah State Bar.