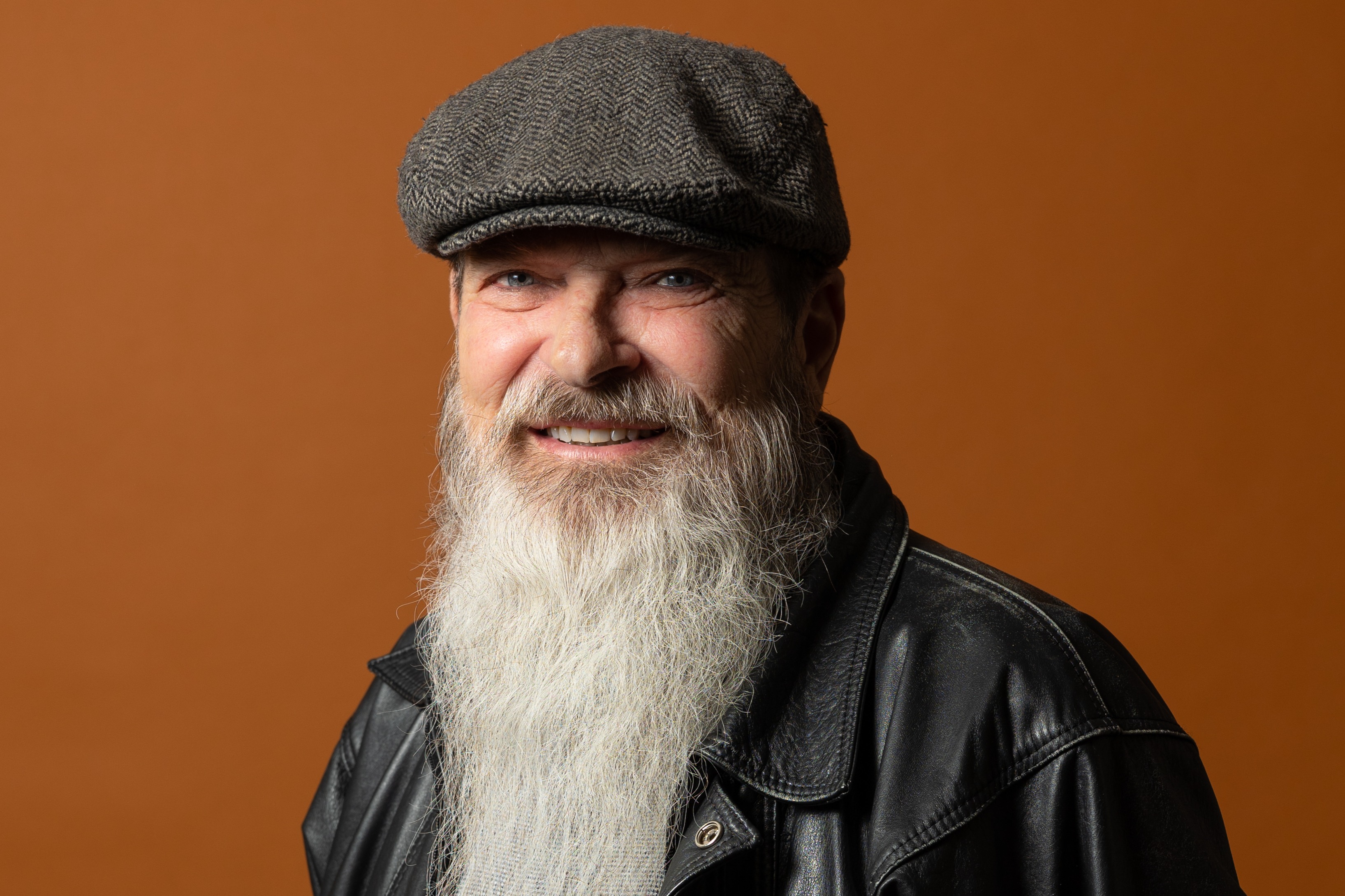 Jay William of Davis County overcomes a decade - long battle with chronic pain, anxiety, and the negative side effects associated with opioids and narcotics. Finally, at age 64, Jay found medical cannabis was the missing piece he needed to take control of his health.

Although Jay thinks his cannabis story is  “boring” compared to others, we cannot let his humble attitude belittle his efforts and accomplishments. His trust in natural medicine and the risks he took in order to grow physically, mentally, and spiritually all contribute to a success story that is far more inspiring than boring.

Jay has a complicated health history consisting of many reconstructive surgeries, auto accidents, and four physically demanding years in the military. As he grew older, the injuries and procedures he sustained over time began to take a toll on his physical health.

One of the main reasons for Jay's chronic pain is a condition called Stenosis, which translates to “narrowing”. Patients with this condition typically face extreme tension within their back and neck region caused by their spinal cord narrowing and compressing. As the discomfort spread throughout Jay's entire body, he began to lose mobility, comfort, and quality in his everyday life.

In Jay's unique situation, existing problems above and below his affected spinal discs made it difficult for medical professionals to address the Stenosis. Eventually, the constant compression caused the disks between his spinal bones to bulge, which required the insertion of artificial disks.

Throughout this phase of Jay's life he was treated with hydrocodone and muscle relaxers for pain, and xanax to help calm pain induced anxiety. “This method was just trying to keep me somewhat functional, they did not completely get me out of pain,” says the patient.

Jay was left with extreme stiffness and pain throughout his torso while his limbs suffered ailments of their own. His joints became extremely weak due to arthritis and pain from two knee procedures in the past. Currently, Jay's body is rejecting surgical hardware already inside his foot and jaw, delaying procedures he has planned for the future. As one can imagine, the uncontrollable predicament of metal coming loose in your body, on top of chronic pain, is an extremely stressful situation.

The relationship between pain and anxiety

“It is not a recognized thing, but there is a lot of agitation and anxiety associated with pain. It creates those familiar stories of fights with loved ones and families walking on eggshells.” Jay shares. He recalls times when increased pain and anxious moods caused him to miss out on family functions and social gatherings.

The thoughts of not being physically nor mentally capable of participating in activities with his children was devastating. Jay felt trapped in a dysfunctional body, and pain pills only intensified his negative thoughts and unhealthy habits. His older age and physical condition made him feel as though his life was slipping away from him.

“It is sad when you go to the pharmacy and they just slap your label on the entire package from the manufacturer,” Jay says. This was part of his medication routine for nearly 10 years before switching to medical cannabis.

As years passed, Jay's children became concerned with the number of medications he was taking on a daily basis and the risk of overdose. They did not want to witness their father arrive at the point of addiction, or even worse, death. Jay conceded with his children, but struggled to find the motivation to make changes while facing the debilitating effects of narcotics. His children suggested cannabis to help relieve pain and clear his mind, but Jay decided to pursue other alternatives first.

He knew the recipe for healing would not be one ingredient but a mixture of things. He attempted various diets, yoga, tai chi, and aromatherapy techniques before coming to a realization. There needed to be some sort of mind, body, and spirit connection in order to find overall peace and comfort.

With the little energy he had, Jay constantly researched natural remedies, “I could probably write my own pain medication books at this point,” he says. Jay was determined to find the missing piece to his holistic healing puzzle.

The importance of a strong support team and ending the stigma

Jay regularly worked with his pain management doctor to navigate the undesirable side effects of drugs like hydrocodone, xanax, muscle relaxers, and additional narcotics. He constantly questioned if this lifestyle was something he wished to continue. Was the little amount of relief he was receiving worth the harm to his body?

During one of Jay's many doctor visits, his physician mentioned that he was thinking about becoming a qualified provider for medical cannabis. Because of their long lasting patient-doctor relationship and chronic pain being a qualifying condition in Utah, Jay's doctor felt comfortable presenting the idea to him. At first Jay laughed because his children had already suggested cannabis, and then he began the process to get his medical card.

Jay began medicating with cannabis shortly after Utah pharmacies opened. The idea of using a well known recreational drug as medicine was still a foreign concept to many, including him. “The first time I ever got home delivery I pictured somebody showing up with big pot plants hanging out of the car,” Jay chuckled.

He is lucky to have both a supportive medical team and family, as this is rarely the case. In many circumstances, prospective patients have trouble finding support because of the social stigma related to cannabis.

Jay kept his medical cannabis use private at first, but after experiencing the true medicinal benefits, his attitude shifted. He has accepted this treatment method works for him, and that using cannabis is not something to be ashamed of. “I would like to encourage people around my age that cannabis is okay,” he says. “It would be neat to see some of the people who voted for the legalization of cannabis to help end the negative stigma associated with it.”

Cannabis brings Jay's pain down to a manageable level and eliminates the need to rely on a traditional pharmacist behind the counter. As he continues to heal, his need for prescription drugs has tremendously decreased, giving him more control over his body.

When asked about how cannabis has impacted his life thus far, Jay's soul lit up as he began to list the positive changes he has experienced. He cherishes the time he now gets to spend restoring old cars with his son, an activity he never thought they would return to. He has also been inspired to incorporate new hobbies into his life, such as drawing and woodworking.

Jay uses cannabis to find zen and create calmness in the mind. He describes this feeling as “zen mode”, a tool that allows him to tune into his body and address what needs attention. “I think that sounds a little corny, but cannabis really is something you can incorporate into your entire life,” he says.

Jay used to think cannabis was for those who were seriously ill, or as a method to get high.“I wrestled with the idea that it could be for me,” he says. The reality of medical cannabis is that it can help anyone treat conditions big or small.“My oldest child thinks cannabis will cure everything from cancer to ingrown toenails,” Jay laughs. While this statement may be a bit far-fetched, it is important to acknowledge the many different uses for cannabis, and what conditions qualify patients to be treated in Utah.

WholesomeCo is proud to support Jay on this journey as his health and wellness continue to improve and his healing inspires others.